Peninsula Maya is a proposed 4,408 hectare (10,884 acres) luxury mixed-use resort and master-planned community located on Holbox Island along the Caribbean coast of the Yucatan Peninsula, Mexico. The Project will be a phased development built over two decades. The land-use plan contemplates approximately 2,000 residential units (including vllas) and three ecological hotels totaling 300 hotel keys. The design of one of the boutique hotels is morphologically based on the traditional Yucatecan sisal-producing hacienda of the late 19th Century. One of the villa models is based on British colonial tropical architecture of the Caribbean, characteristic of the Quintana Roo coast in the early 20th century. There is also a rustic but comfortable ecolodge for nature lovers.

Of the total site area, about 1,000 hectares are developable and the remaining 3,400 hectares are set apart as a protected natural environment where only low-impact ecotourism activities will be allowed. The site has the privilege of counting with 21 kilometers of beach front presently undeveloped and is world famous for being one of the best places to observe great numbers of the enormous but harmless whale shark which seasonally visit these waters.

The vision of the developers is development of this area as an exclusive sustainable tourism destination, unique in the world. Phase 1 started being developed in 2015. 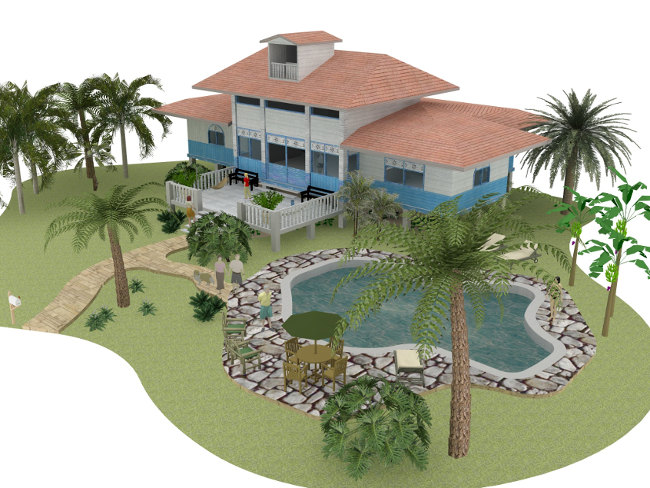 MODEL OF A VILLA IN BRITISH CARIBBEAN COLONIAL STYLE 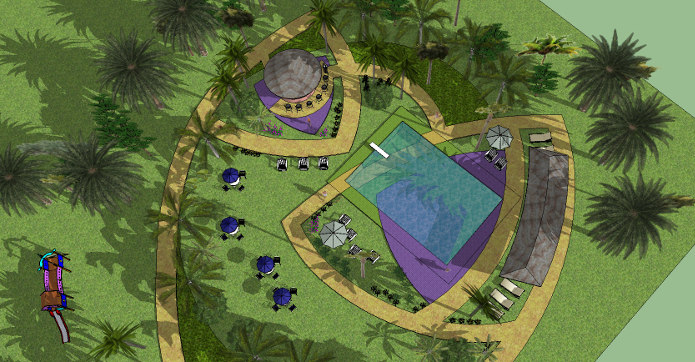 AERIAL PERSPECTIVE OF ONE OF THE SWIMMING POOLS 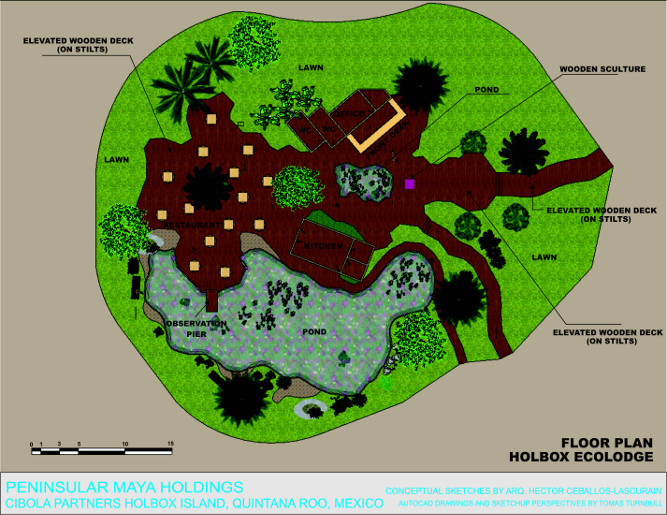 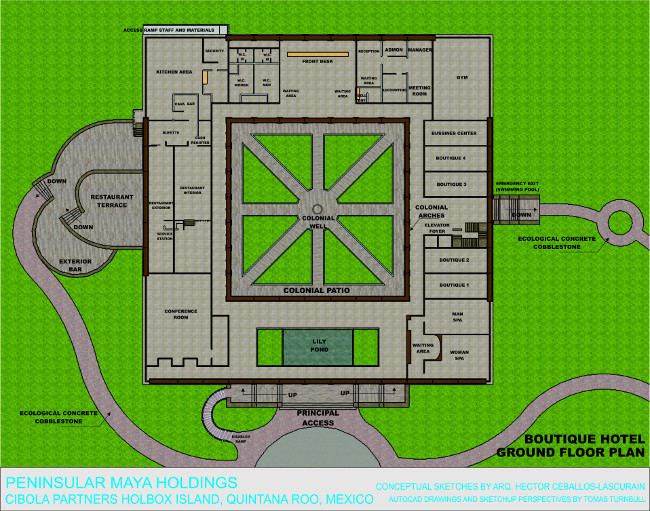 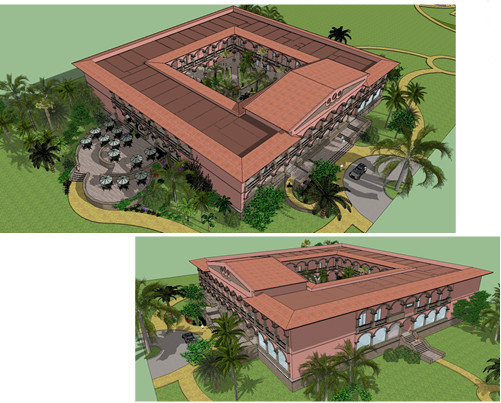 TWO PERSPECTIVES OF THE BOUTIQUE HOTEL